September is National Piano Month, so we thought we’d take a moment to talk about how this incredible instrument came to be what it is today.

The earliest versions of pianos, you may know, are called harpsichords. Though there were other stringed and keyboard instruments that preceded the piano, the harpsichord is its most direct ancestor. 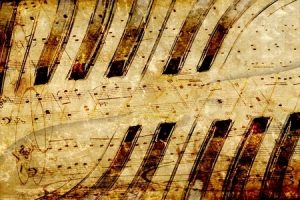 In Italy in the 1700s, a harpsichord maker named Bartolomeo di Francesco Cristofori became frustrated with the small scale of sound and volume that the harpsichord produced. Musicians and players were very limited when it came to the range of music they could produce with this instrument, so Cristofori wanted to create something that offered a greater diversity of sounds, varying tones and volume. The result was the piano, with which the musician could control the output volume with the force of his fingers.

However, it took many years for Crisofori’s piano to become popular among musicians and performers. The biggest change in the reception and popularity of the instrument occurred when the large, baby grand piano was converted into the upright piano, which still had the same beautiful sound, but was less expensive than original configuration, and could fit into a smaller, middle-class home.

The invention of the upright piano, along with increasing popularity among performers and composers in the 19th century, caused the instrument to become extremely culturally significant. It was almost solely responsible for household entertainment, and children were expected to take piano lessons from a young age. While it may not be as ubiquitous in the home as it once was in today’s society, the piano is probably responsible for some of the sound you hear in your favorite music, even today’s pop songs.

Bring music back to your home this month by having your existing piano tuned or purchasing a used piano for your household. Find out more about our full range of piano sales and service options to celebrate National Piano Month – and all year round. Contact us today for more information.

« Getting in Tune with Fall Lessons
Preparing Your Piano for Winter »